Results of the “Krasta City” design competition has been announced

In a competition between 13 works from five different countries, the jury awarded the best offer from the Danish architectural firm “Arrow Architects ApS”.

“First of all, we would like thank all participants in the competition – both for the time invested and the vision offered. It was not an easy decision to make for the jury; this is also confirmed by the fact that there is a total of five winners in the competition. Unfortunately, we can only implement one of the proposed ideas, and this time the decision was in favour of Arrow Architects ApS’s vision, which will also serve as a basis for the development of the whole area, starting with the first phase, which will build the infrastructure and improve the adjacent area,” emphasizes Martti Krass, a representative of Krasta City SIA.

Ulrik Raysse, representative of the winners of the competition, stated: “The world is changing and so is the way we live. Our offer focuses on what the future will look like. Organically shaped pavilions based on nature create a strong sense of belonging and identity. Buildings of various sizes will provide a diverse work environment that harmoniously connects with the historical panorama of Riga.”

The submitted design projects were evaluated by a jury of nine people. Various industry professionals, the municipality and representatives of developers were represented in the jury. Criteria such as the proposal’s integration in the urban landscape, architectural quality, functionality of buildings, sustainability and technical quality issues, social and economic usefulness, etc. were evaluated.

The chairman of the jury, architect Jānis Dripe, points out: “The area has always been a focus for architects and project developers due to its close proximity to the city centre, behind the Salu bridge, between the Daugava main bed and the calm waters – it is a very special place that visually exhibits in a large urban area. A place that already has a solid history of architectural visions. The project developers, involving the Riga City Architect’s Office, the Construction Board and the Development Department, the Latvian Union of Architects, had prepared an informative and detailed program for the international design competition and ensured its well-thought-out course. 13 proposals from five different countries are proof of this. The winning proposal successfully combined ambitions to be visible in the silhouette of the Daugava bank and at the same time create a humane urban environment – a “city within a city”, a place where you want to return for work, leisure and entertainment. It has the potential of the place itself and of the architectural ideas presented in the competition.”

The representatives of the developer point out that “Krasta City” will be a class-A business complex and publicly accessible buildings on the right bank of the Daugava. The planned multi-storey building (up to 17 floors) will pay special attention to the issues of infrastructure availability, living space quality, work environment, environmentally friendly solutions and cost-effectiveness, while providing a unique location at the intersection of the city’s main roads and views of the Daugava.

In total, the development project is planned to be implemented in several phases over ten years, construction taking place over 155,000 m2 of usable area. The first round of works is planned to start at the end of next year. The total planned investment in the project will exceed 150 million euros. More information about the project is available at www.krastacity.lv. 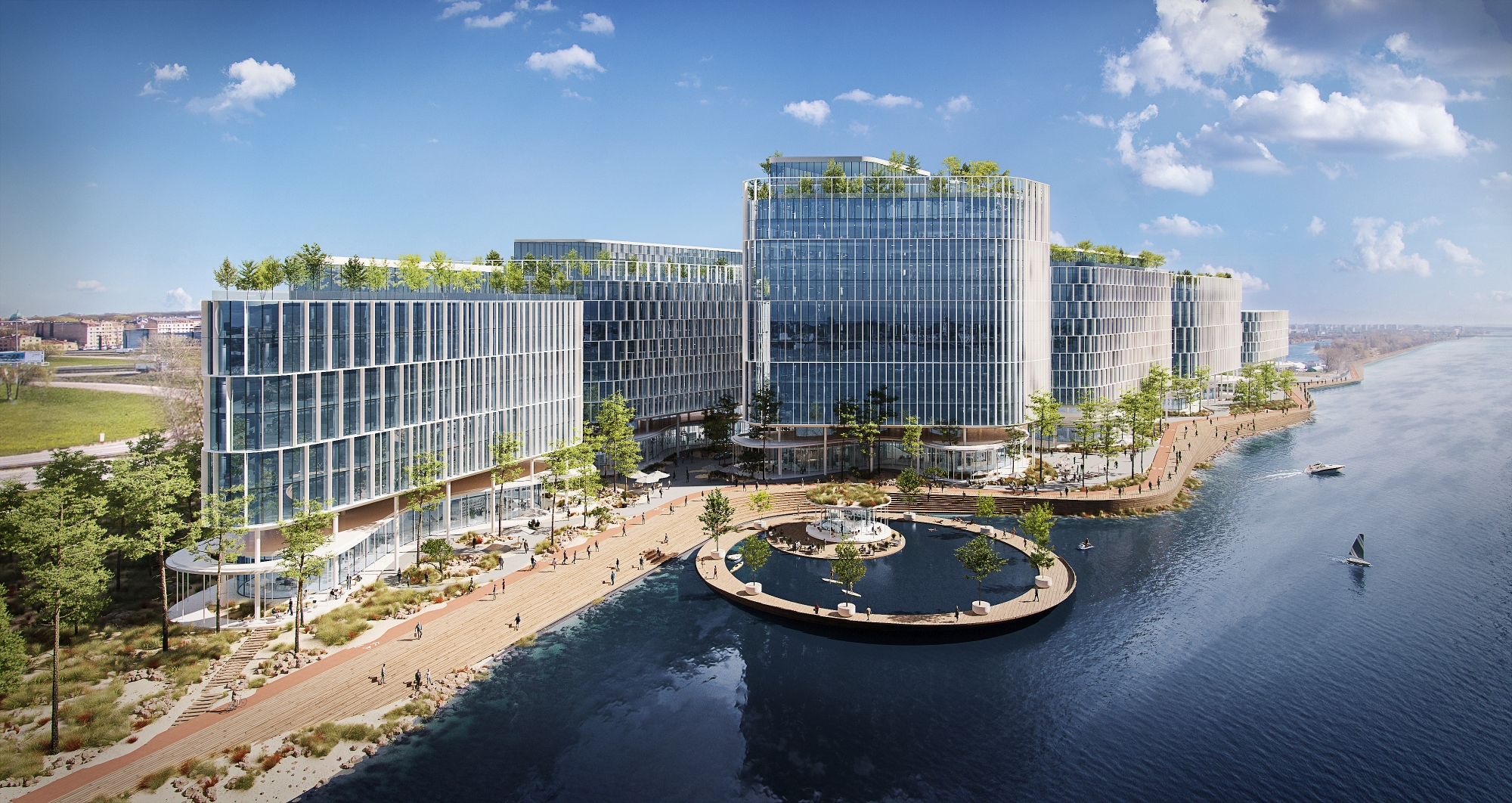 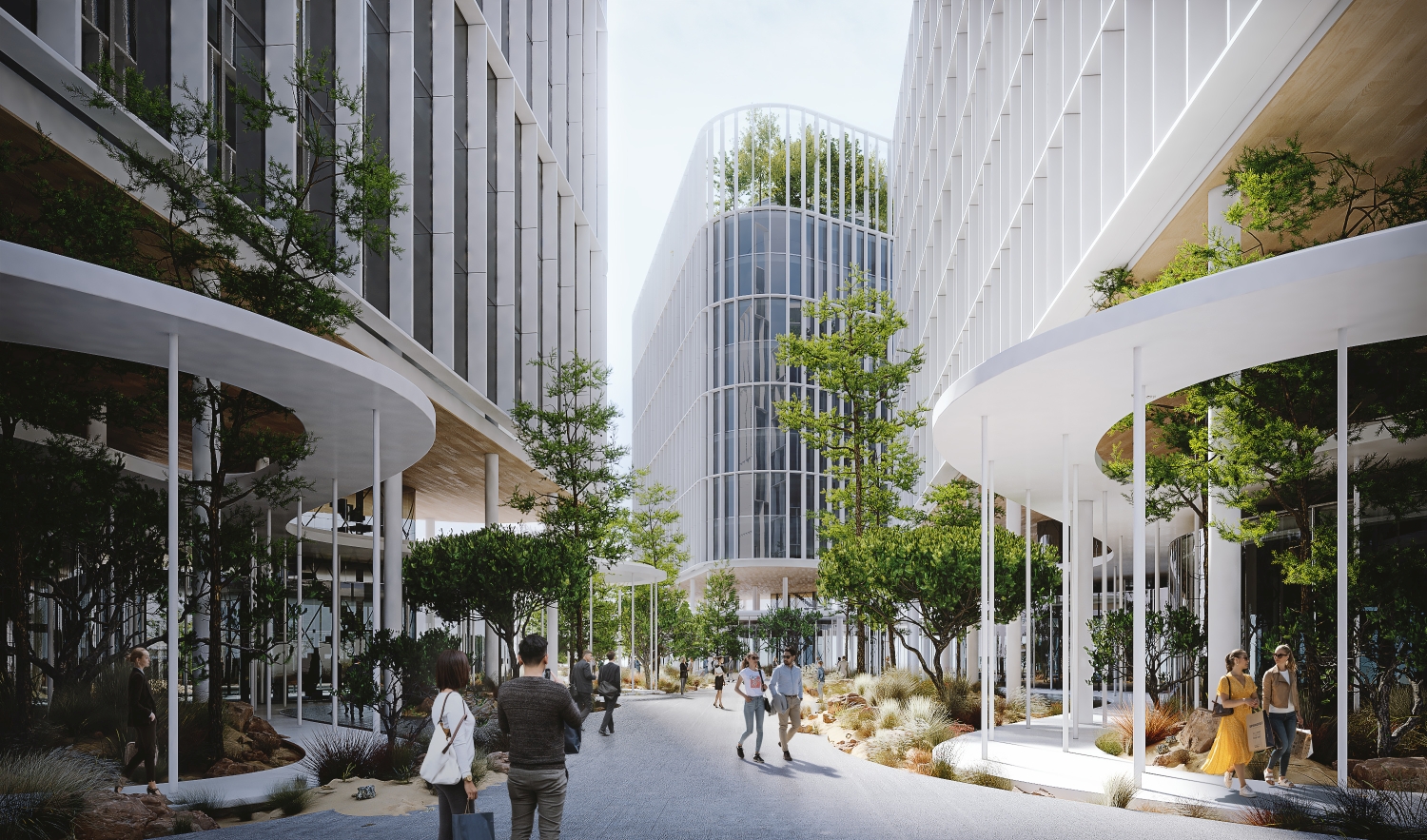 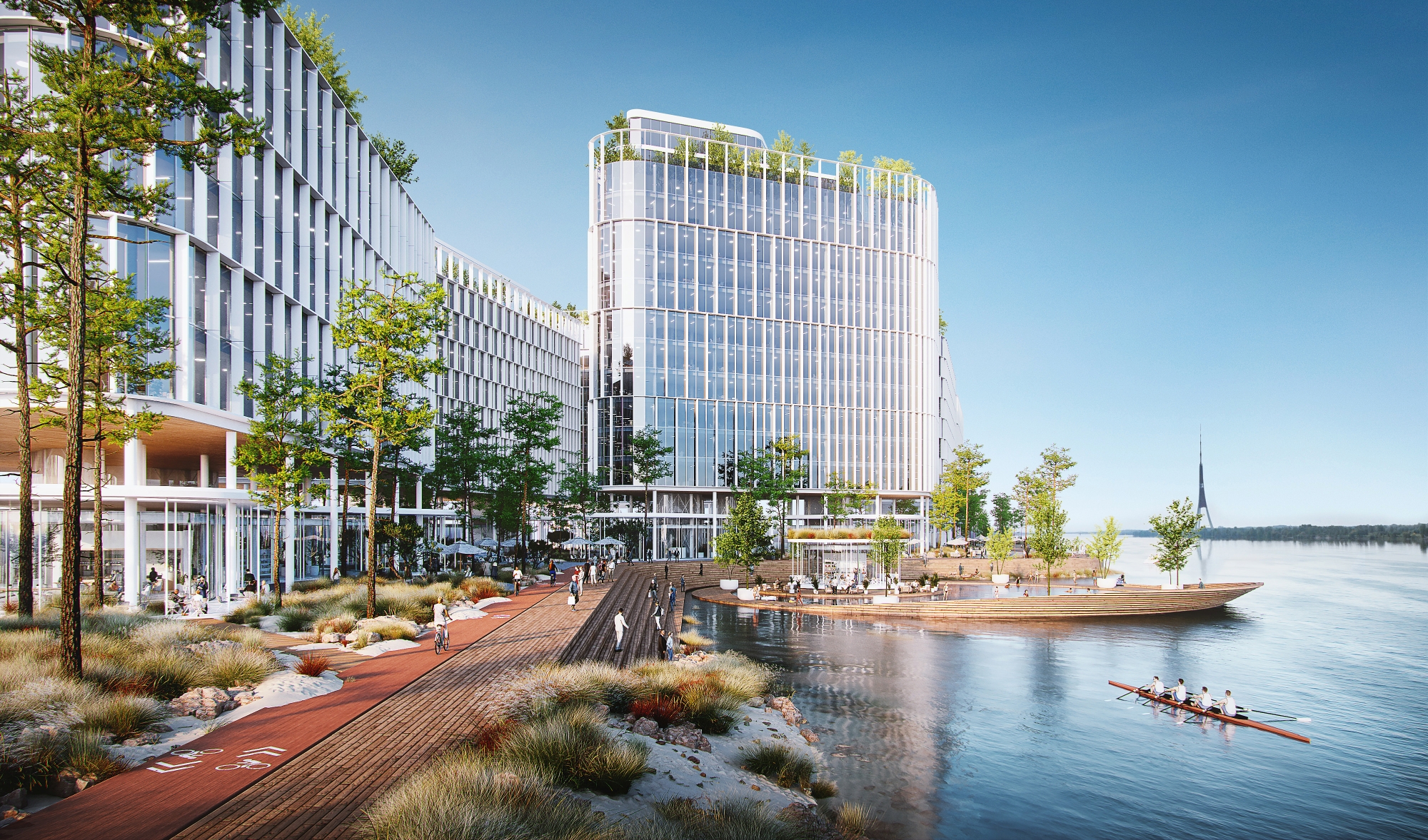